I nearly missed the turn down to the Aherlow River at first, misreading a sign. 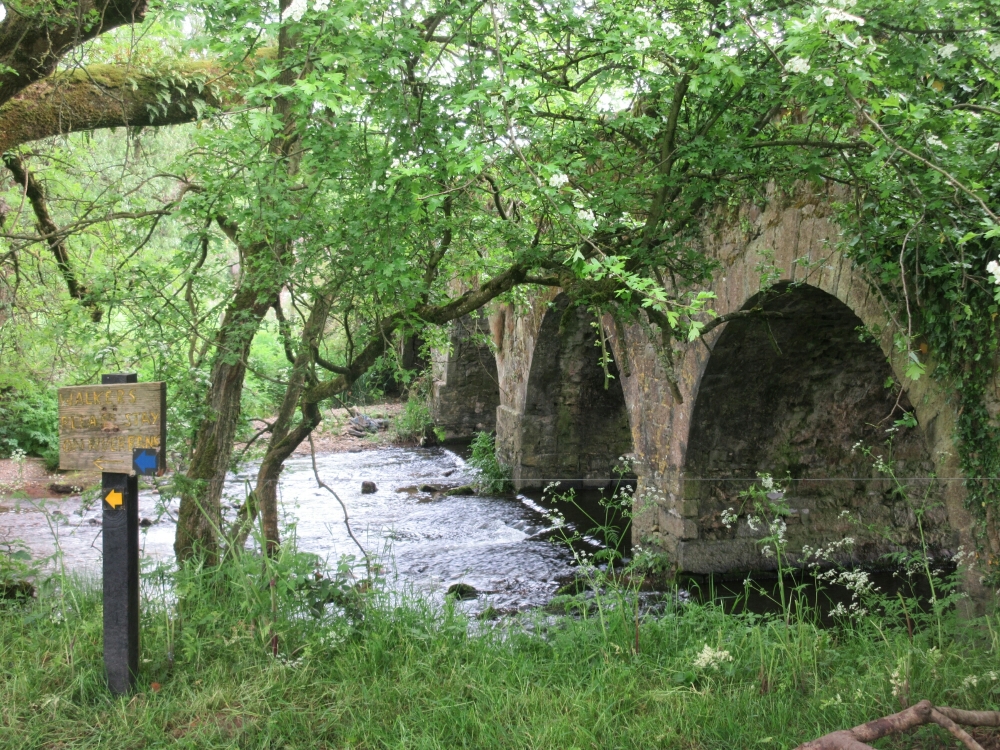 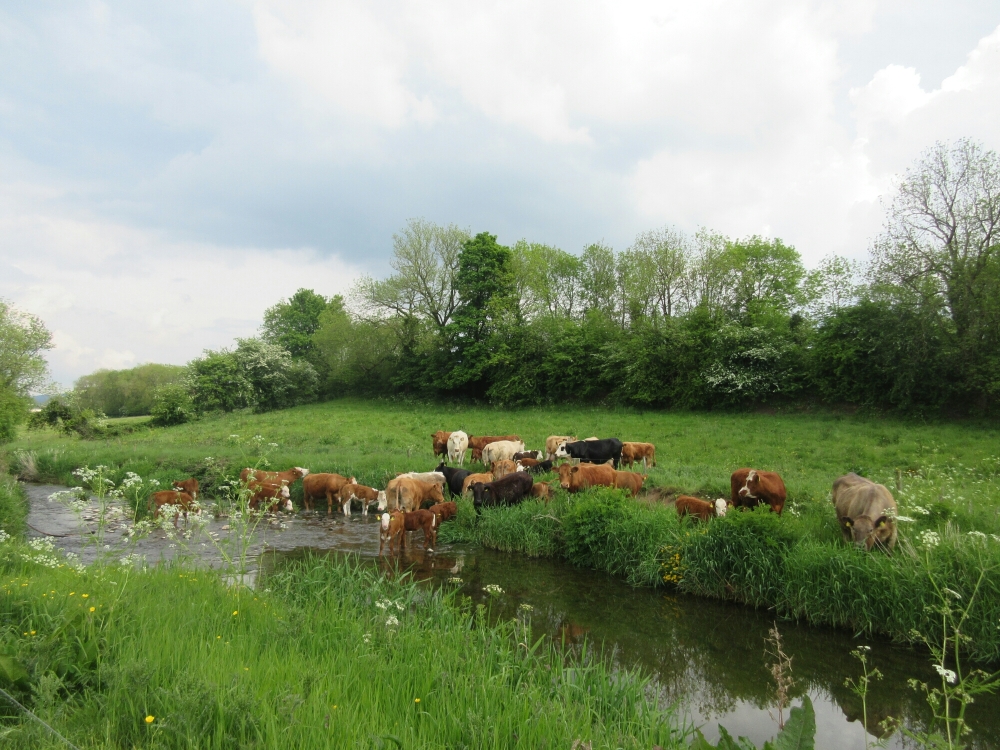 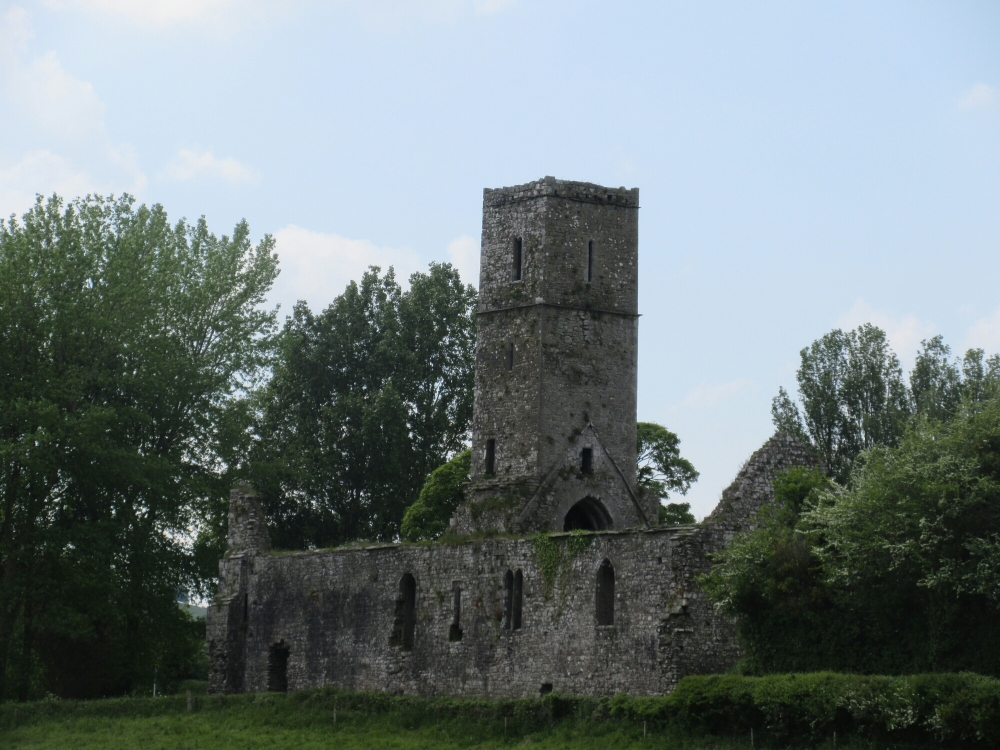 Looking back at the abbey 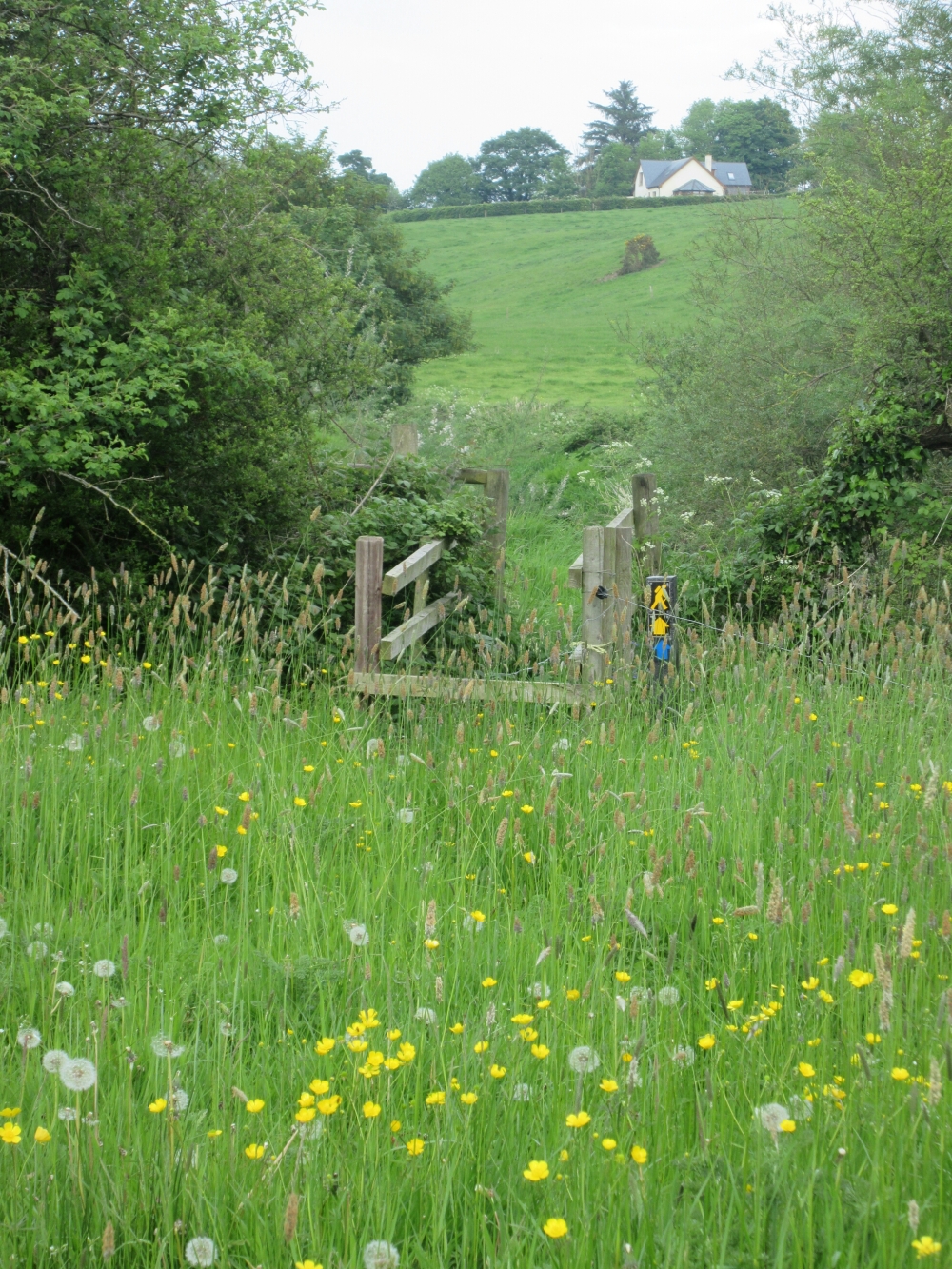 Wading through some very tall grasses and flowers

These are your stiles for this section: rubber tubing on the electric fences so you can safely(ish) step over

I still want to swim in it not gonna lie 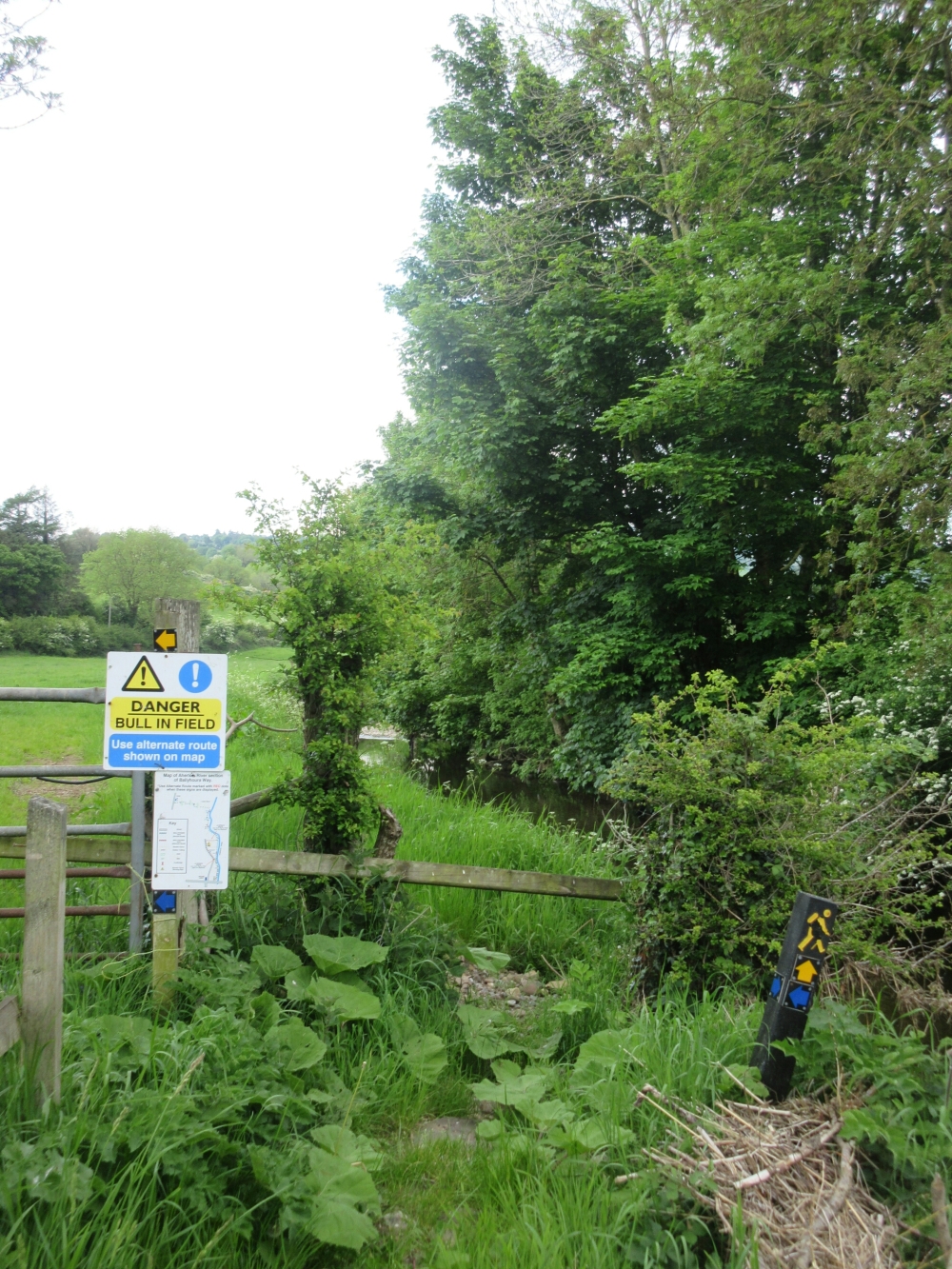 Well that’s all rather foreboding

So there was an entire bull detour set up, and though I saw no cattle in the field ahead, I figured it was better to be safe than sorry. 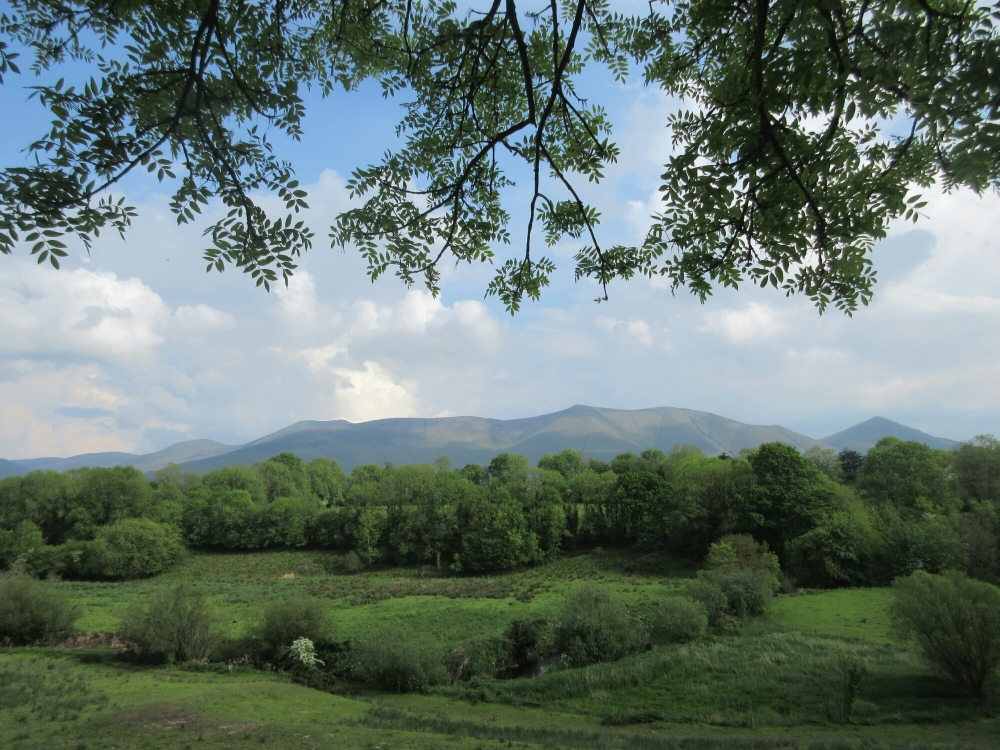 The detour offered up some stellar views… 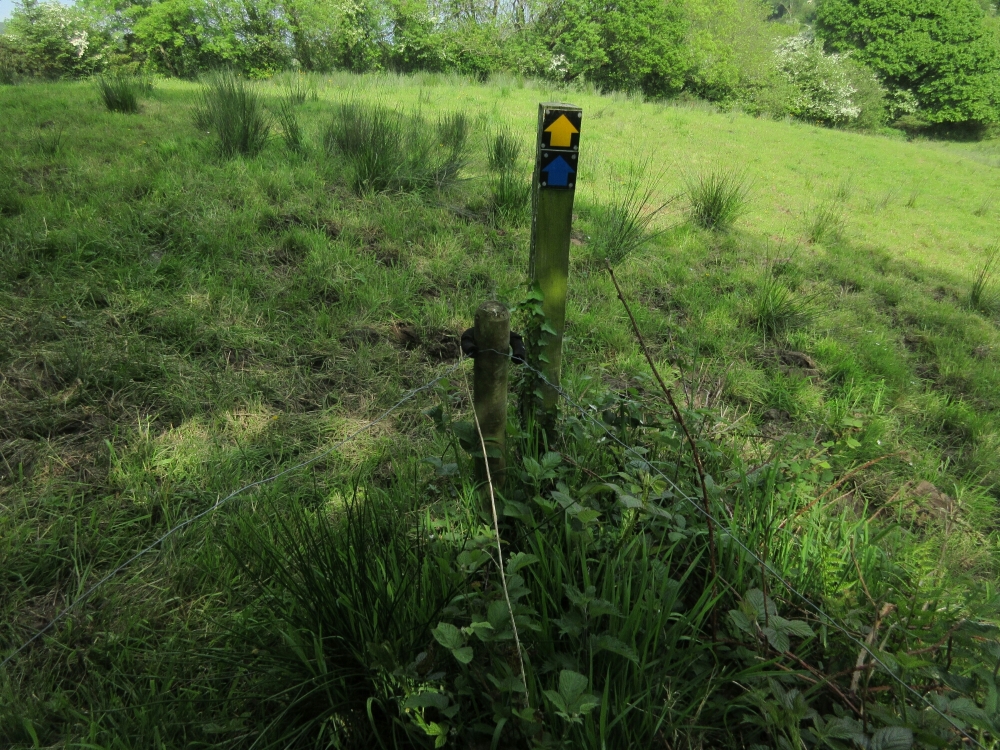 However, it led me to an extremely confusing juncture containing a number of complicating factors:
-Pictured above: Electric fences in all valid forward directions including those indicated by the sign (I crawleed underneath)
-A very large bog, the crossing of which reminded me of trying to navigate the swamp in Sierra’s Black Cauldron game (hellllo again fellow nerddorkgeeks of a certain age) – I managed to pick my way across without overtopping the waterproofing on my boots but it was a narrow thing
-A lack of apparent exits from the field once you crossed the bog in the direction the sign had indicated

I imagine that Maurice and I would eventually have sorted ourselves out, but at that point, Mike appeared like the guardian angel he has been on this bit of the trip. We had chatted earlier; once I’d told him that I had taken the bull detour (which apparently had been unnecessary as there were, in fact, no cattle of any kind to avoid) he’d decided to come find me. He caught up to me right at this point and helped me sort out the proper direction rather faster than I otherwise might – by hiking way down to the lower corner of the field and rejoining the river-side track. So yeah, protip for the bull detour – when you hit this part, go back to the river and you’ll be okay. Or, you know, if there are no actual cattle in the field don’t take the detour, that would have worked too. 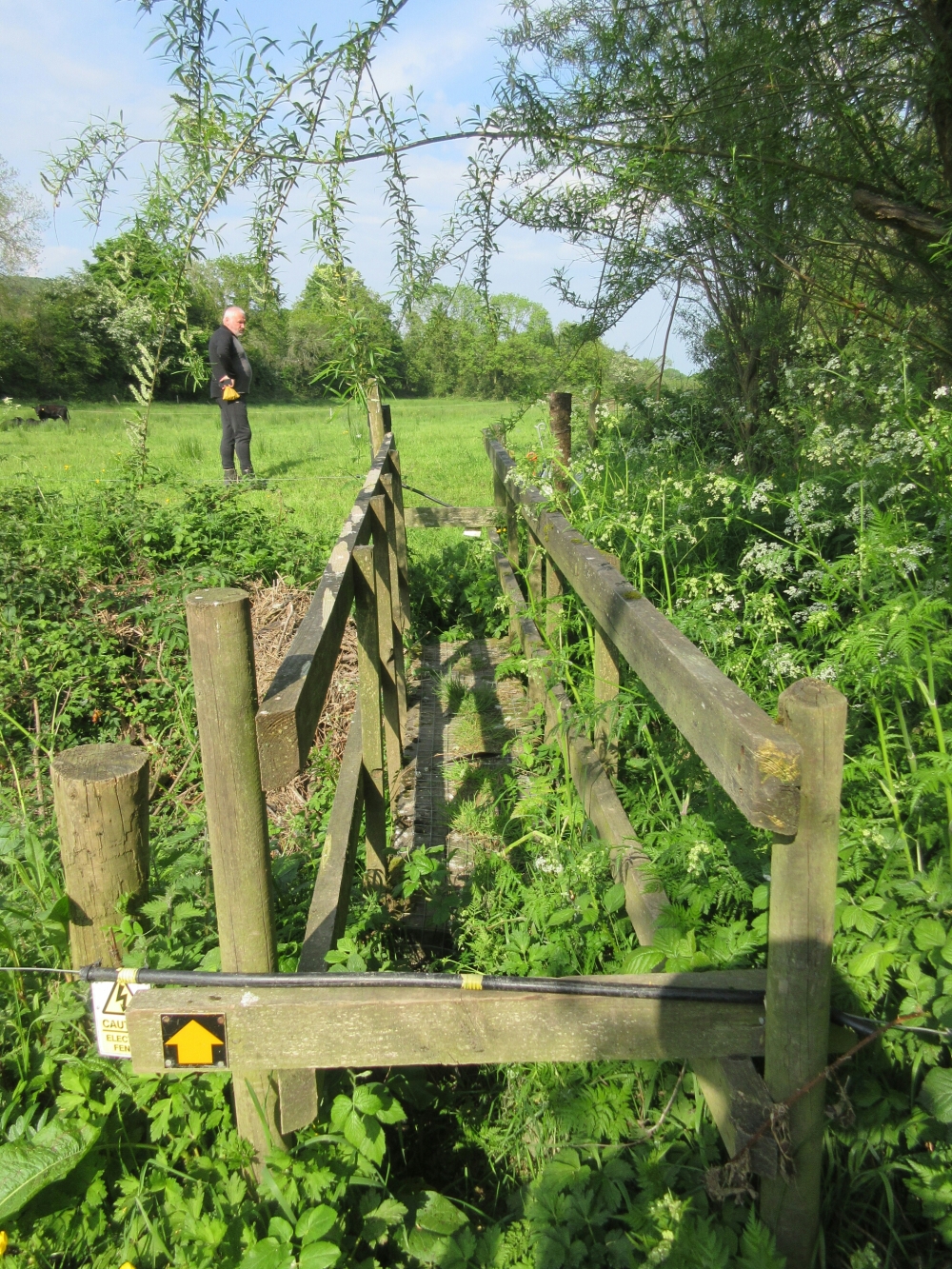 Also, watch out for this bridge, which is awkward as hell and kind of falling apart on the right side to boot

Also the next field contained some yearlings, who apparently are pretty much harmless – Mike captured my fruitless attempts to interact without alarming them 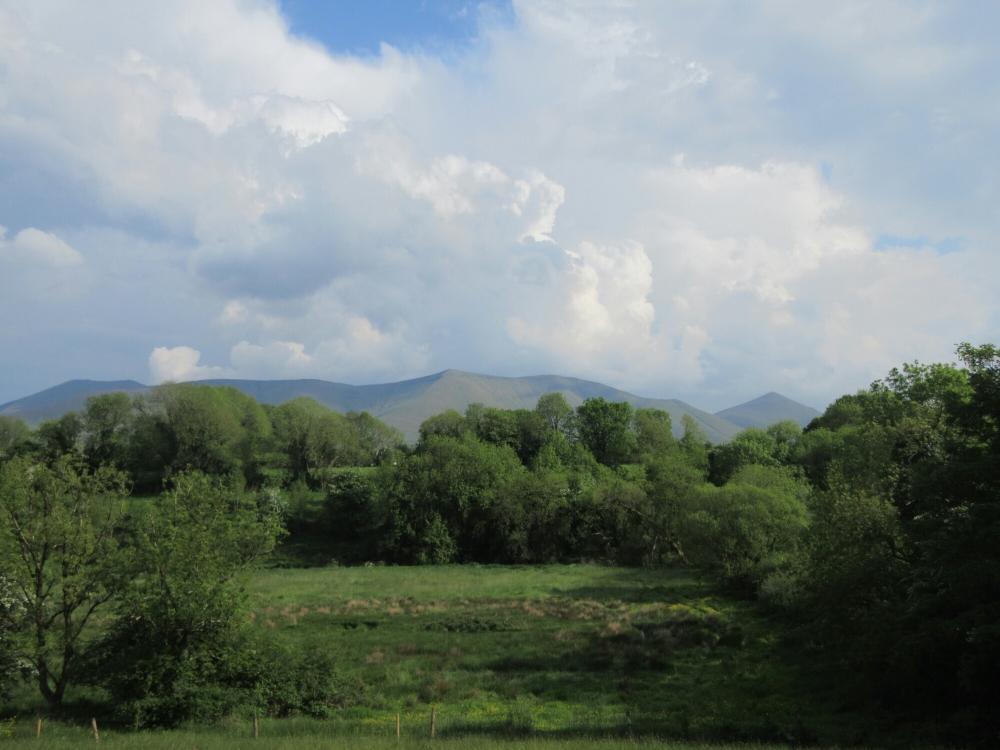 After a while we and the path turned away from the riverside – at this point you spend a good while walking up up up this large field. Protip: follow the tractor-path of smooshed grass kinda up the middle, and when you can finally see the top of the field, go to the fairly apparent large gap

Several more fields fell away behind us as we worked our way up the sides of Slieve na muc. The views were commensurately rewarding: 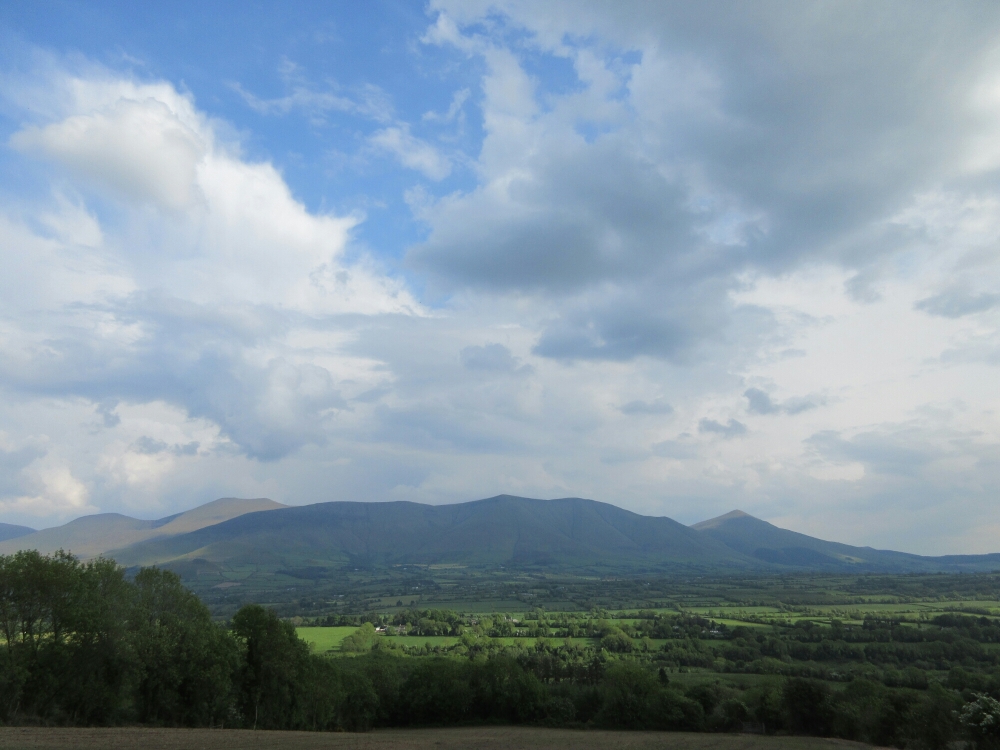 Those gorgeous mountains are the Galtees, by the way

And here I ended my day, at a spot called “Ivory’s Farm”. This was only really a possible ending point because Mike had come from there and parked nearby – Corderry is the largest town-labeled thing on a map, but not really quite where we were. If I were walking more independently during this part, I probably would have aimed for Ballinacourty or Lisvarrinane (off the trail but not too far) or just pushed through to Aherlow House Hotel, which is a little ways further still.

But we’ll get to that tomorrow.